User Text Corruption! What are the risks of Crowdsourced text correction? 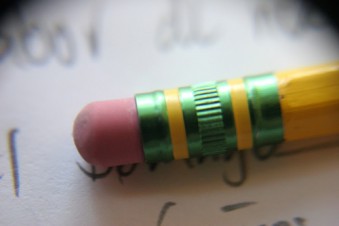 Veridian’s Crowdsourced User Text Correction (UTC) feature allows users to correct OCR errors that commonly occur in digitized newspapers (and other digitized text). It has been adopted by many newspaper digitization projects and has been very successful. For example, as I write this article the California Digital Newspaper Collection has 2,778 registered users whose combined contribution is more than 3.3 million corrections to OCR errors!

The idea then with UTC is to create a community of people working together to create a resource that is made more valuable because of their contributions. We are often asked what prevents users from maliciously vandalizing or corrupting the text in these collections. The fact is there’s nothing preventing them from doing that!

Since we’re often asked about user text vandalism we thought we’d attempt to write some thoughts on the subject, so here they are: